This portfolio is outdated! Check out my new one here!

This was my first unit project for Python. I made this 5 weeks into the Base Camp Coding Academy program and ended up being very proud of it. The premise of the game is rock, paper, scissors, but with a twist. Instead of the normal elements, the options are instead types from Pokemon.

Then, both the player and the cpu start with 100 health total and lose 20 health each time they lose. There is also a system of critical hits and misses. If you get a critical hit, it does double damage. If you miss, it does 0 damage. Finally, I created a GUI using Tkinter for this game, which I was very proud of. This can be see in the image on the right. 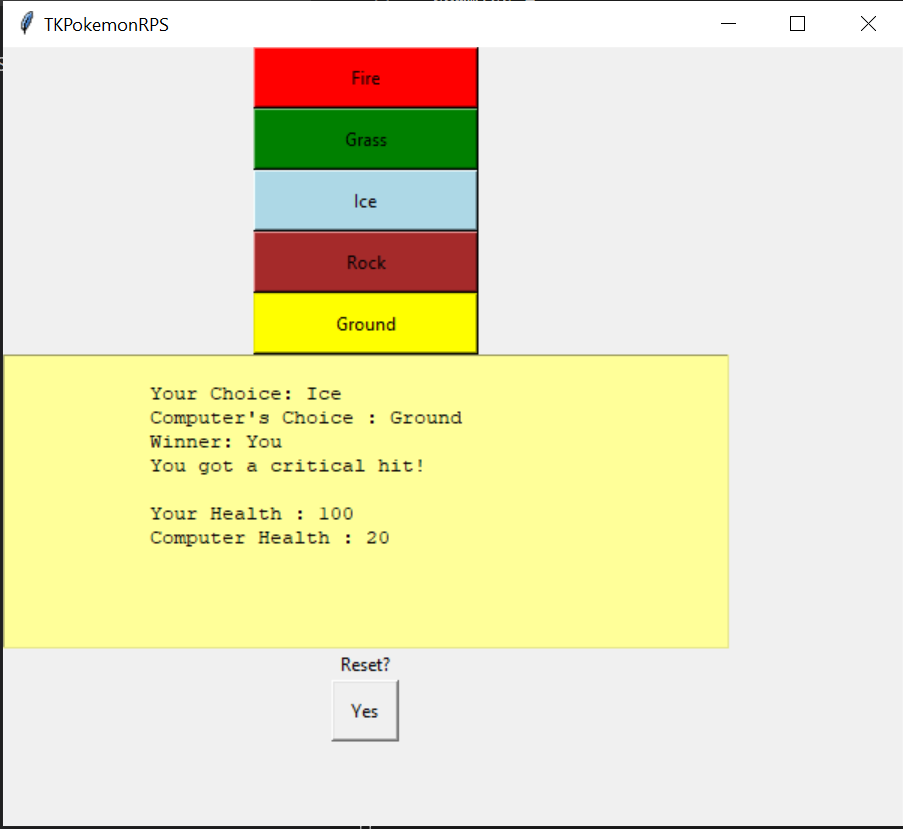 This was my second unit project for Python. The goal of this app was to design an app that makes use of everything we had learned up to that point. What this app, which we named "Food Line", did is that it allowed users to place orders for Reservation, Carry-out, and Delivery to the two restaurants supported. We wanted to explore an idea that we haven't seen much of in the real world, which is the idea of ordering your food for dine-in ahead of time.

While it didn't ACTUALLY allow you to order from restaurants, it went through the process of it. In the situations where a user makes a reservation, it would ask you your name, party size, date and time you were reserving for, and then allowed you to order your food ahead.

Food Line also allowed the staff of the restaurant to update the menus, view reservations/orders, and set the availability of reservations. 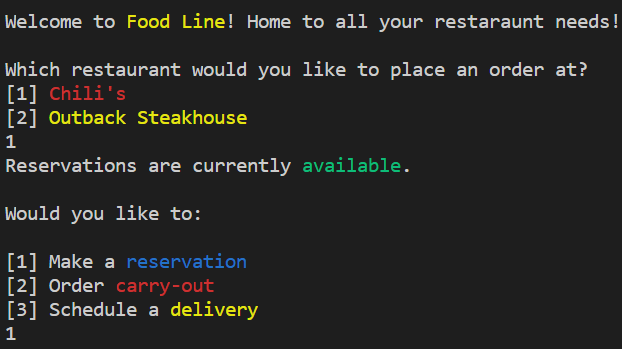 This was one of my first side projects I worked on. I recently had started learning Go and I wanted to try to use what I had learned so far to make something. I wasn't sure what to do, so I decided on recreating our Python benchmark in Go.

The way this program works is when you run the program, it asks you for the amount of new and old books you want to buy. Then, it asks if you have a coupon and what the coupon is. It then applies the coupon and gives you the final total. 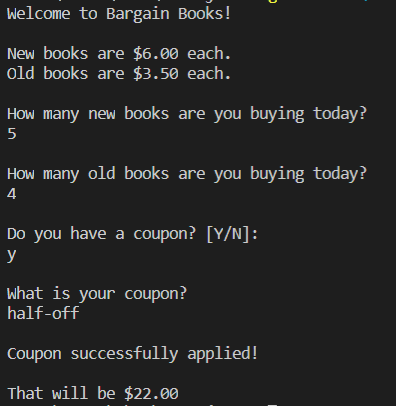 This was our benchmark for the week that we worked with Bootstrap. For this benchmark, we were supposed to create a fictional charity page using nothing but Bootstrap. This was challenging but it allowed me to see more ways of creating sites other than just custom CSS. 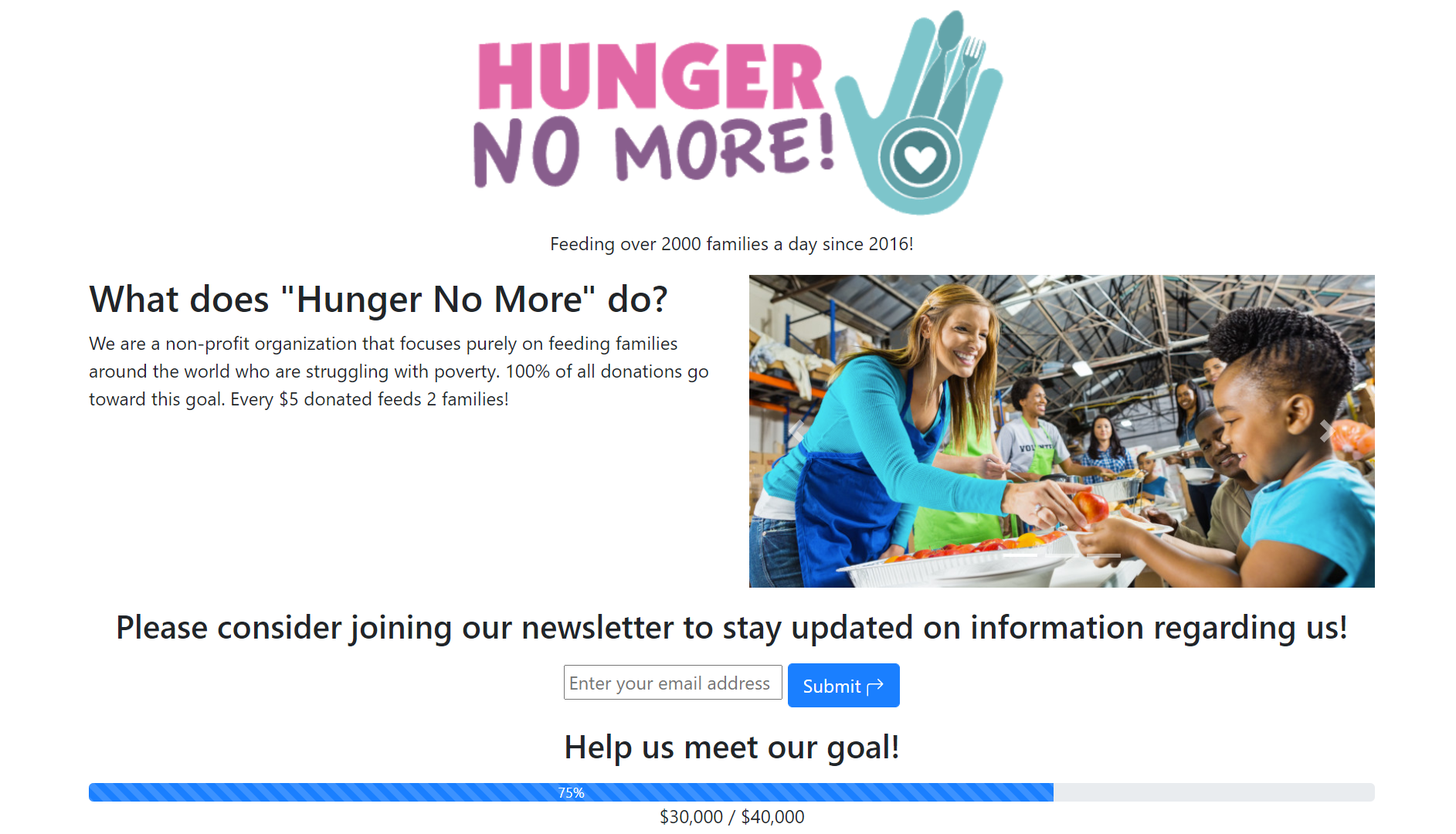 This was a site we worked on with HTML/CSS. The goal of this site was to create a technical documentation site for whatever we wanted, so I decided to do one for Go.

This was an interesting site to work on and it allowed me to show my skills with HTML and CSS. 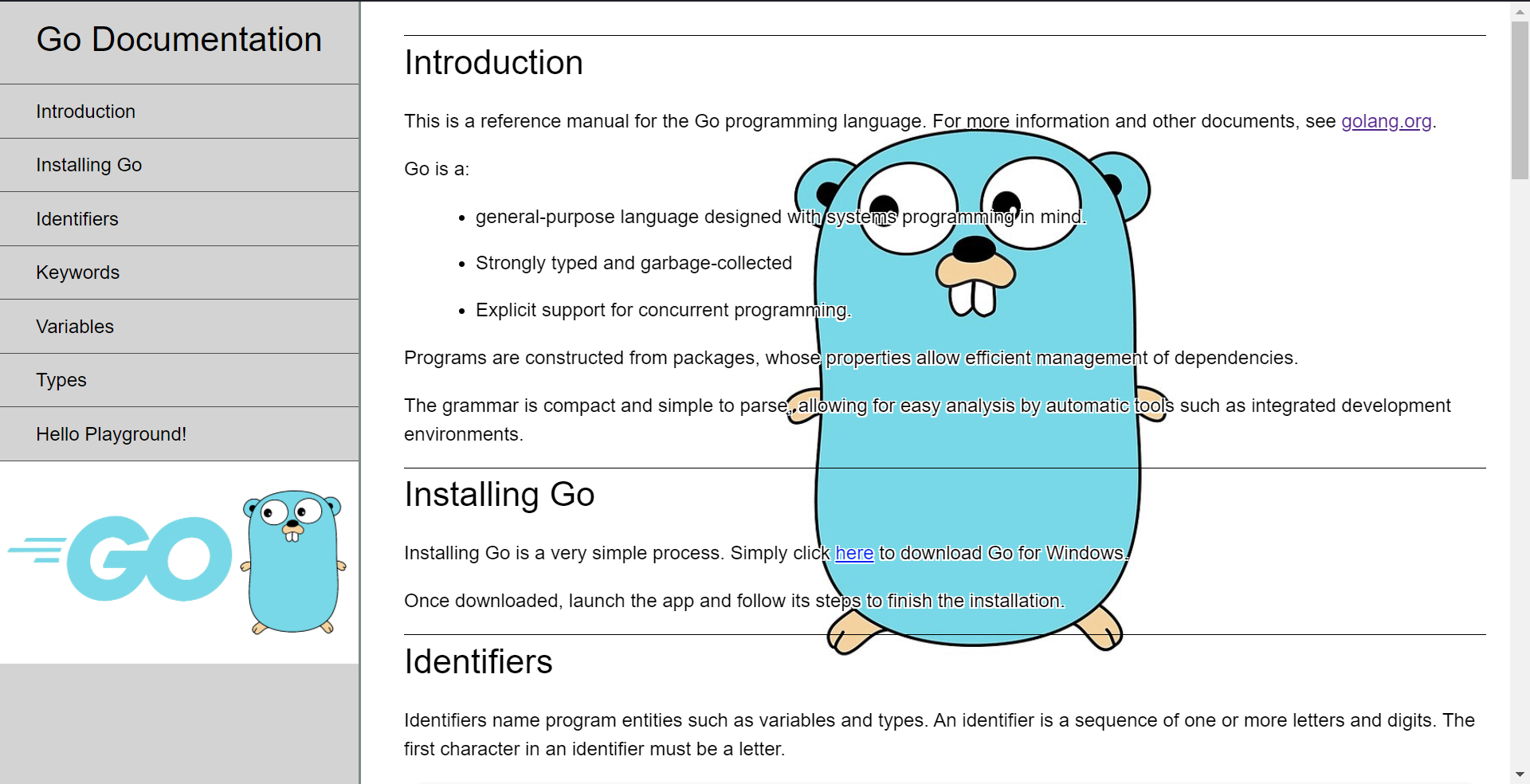 This was one of the benchmarks we had during the month of February while working on Django. Our goal here was to create a website that mimics what was shown on the sheet we were shown. It allows users to sign in, log out, sign up with a custom user, and change passwords.

This was a project I worked on with a partner. It is a quiz game that is built primarily using the Django web framework.

This site allows users to sign up, answer random questions (or random questions from a specific category), earn points and badges, compare your score with others, add friends, and send messages to those friends.

I worked with a partner for one week building this project. We learned how to use React and Next in one day, and for the rest of the week, worked on ReservME.

This site allows users to view different suites, select which one they would like to reserve, fill out information, and give them a receipt for the reservation. Unfortunately we were unable to apply a backend to save information to this project due to the time constraint, but everything else worked exactly as planned.

This was a solo project I worked on after finishing ReservME. I enjoyed working with React before so I decided to remake my first ever project in React. There were some challenging complications along the way, but I ended up being happy with the end result.

The site runs basically functionally identical to the original project. The user plays against a computer and depending on who wins the type matchup, the other player loses health. Once a player reaches 0 health, the game ends and prompts you to play again.

Musical.ly was a fun project I worked on with a partner. It was initially just meant to be a music kit site where you could play the piano or drums, but after adding the "sheesh" sound to the piano as a joke, we decided to create the "Sheeshano".

The Sheeshano function plays like a normal piano, different keys and all, but the notes are replaced by the "sheesh" sound. It was a bunch of fun to create and it worked well alongside our Ghost Play feature. This was a feature we created that allows users to create their own music that will play automatically. 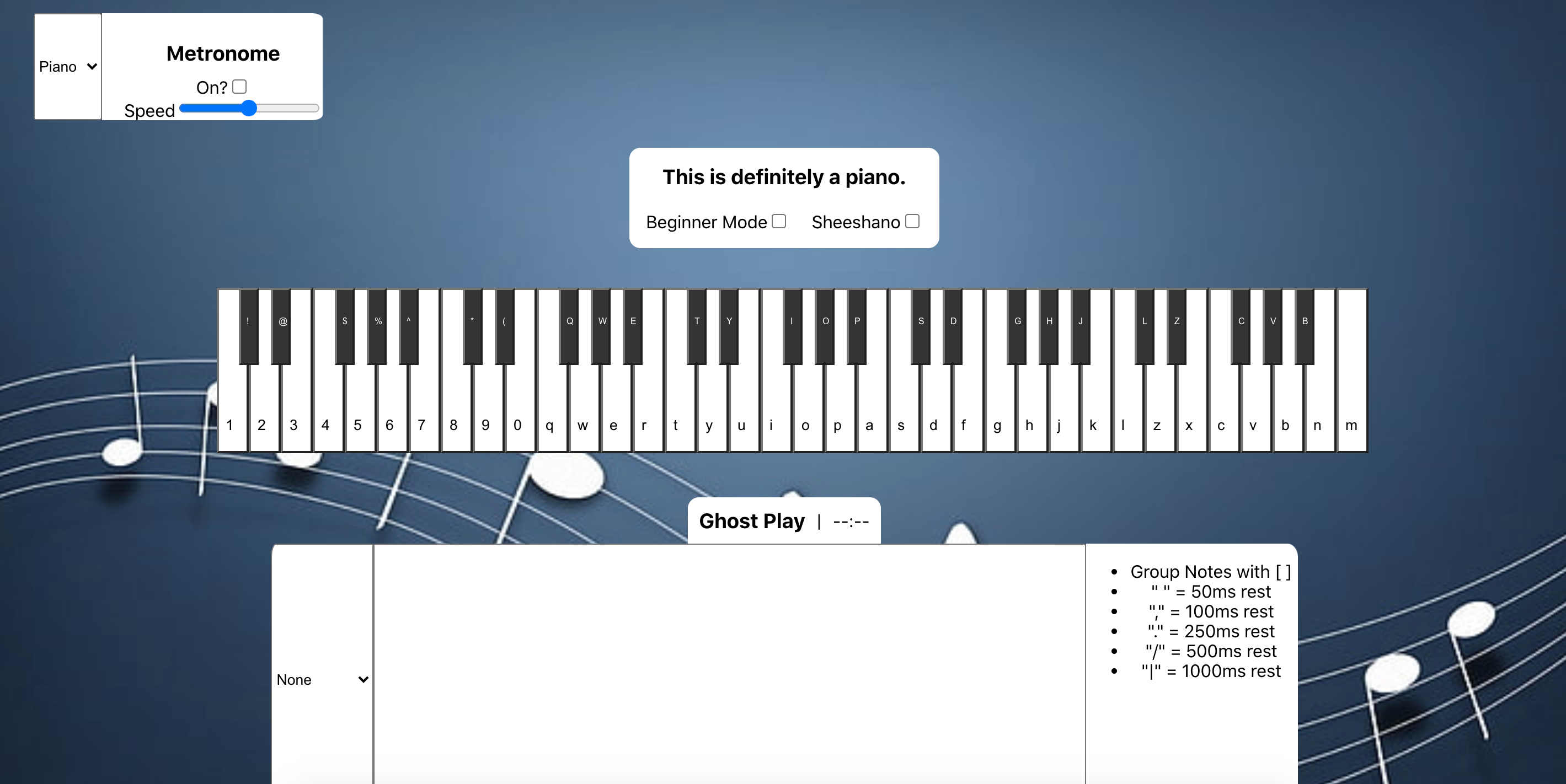 Hey, my name is Seth Hogue. I am a student at Base Camp Coding Academy pursuing a career as a full-stack software engineer. Before BCCA, I had 0 coding experience but during my time at BCCA, I have been excelling in my work and have developed a love for coding. Software development has been great for me because it allows me to express my creativity and solve interesting problems. A fun focus of mine has been creating small game websites such as my Pokemon RPS site built in React and my Quizgo site built with Django. If you're interested in learning more about these projects, feel free to check some of them out above! I'm also available to chat through LinkedIn or email!